The Rt Hon Rishi Sunak MP, Prime Minister of the United Kingdom, sent a personal video message offering his admiration and gratitude to His Holiness Pramukh Swami Maharaj for his countless contributions to the UK.
His video message was shared during the inauguration ceremony of the month-long centennial celebrations on 14 December 2022, attended by Indian Prime Minister Narendra Modi and distinguished guests.
Mr Sunak said: “Pramukh Swami Maharaj lived by the maxim, ‘In the joy of others lies our own.’ In the UK, he was the inspiration behind out magnificent Neasden Temple, a familiar sight on our London skyline known as much for its service to the local community as it is for its beauty. That dedication to seva is found in all fourteen of the mandirs that Pramukh Swami [Maharaj] inspired across the UK.
“During the pandemic, they [the mandirs] stepped up not only to help the Hindu community but thousands who needed support during that difficult time. Over the past 50 years, these efforts have not gone unrecognised. Roads have been named after Pramukh Swami and our iconic Wembley Stadium arch has been lit up to pay tribute to his service and support for our country.
“So, as you gather to mark Pramukh Swami Maharaj’s 100th birth anniversary, let me pay my respect to his enduring memory and the incredible legacy he has passed on. I wish you every success with these anniversary celebrations.” 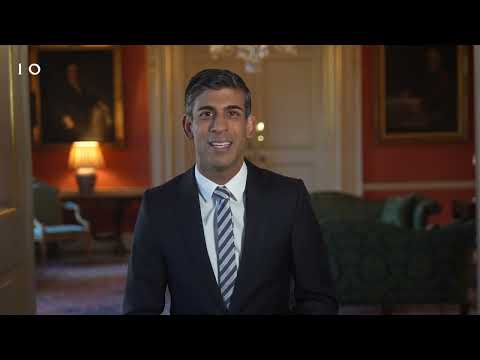